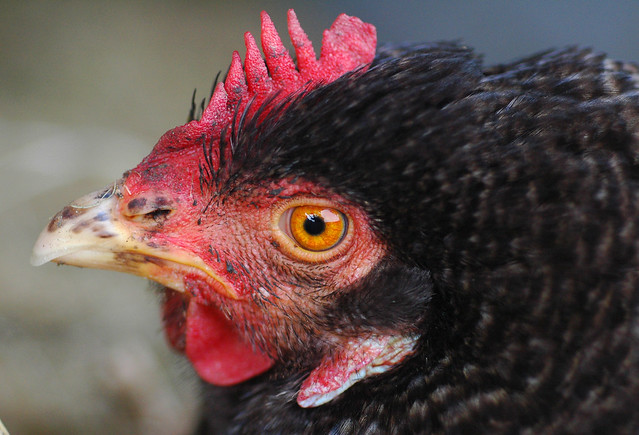 Our chicken Harriet has gone broody.  She has parked herself in one of the nest boxes in the hen house and is determined to incubate eggs.

There are just a few problems with this plan.  Chief among them is the fact that we don't have a rooster.  No rooster means no nookie, which means that our hens lay unfertilized eggs that will never develop into baby chicks.  The second big problem with Harriet's egg-hatching scheme is that neither she nor any of the other chickens have laid any eggs  at all for over a week.  Harriet is dutifully sitting on ... nothing.  And her behavior has apparently thrown all of the rest of the flock into such an uproar that they have all forgotten how to lay eggs at all.

There is plenty written about what to do when a hen goes broody. The advice ranges from the bizarre to the downright cruel.  ("Alter your chicken's hormonal urges by dunking her in a barrel of ice water!")

Robb and I tend to let animals be animals.  If nobody's getting sick, if everyone is eating well and not acting too crazy, we tend to leave things alone.  We do lift Harriet out of the nest box a few times a day so that she can drink and eat and do chickeny things. 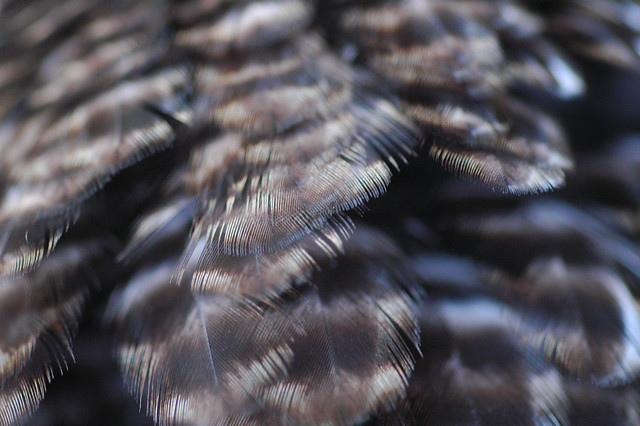 Harriet is pretty grumpy about our interference.  She keeps up an irate monologue of fussy clucking, and has her hackles raised.  If you've ever seen a male turkey during mating season, with all of his feathers puffed out, you'll have some idea of how our chubby Harriet looks.  Except that instead of having a majestic turkey tail to display as a symbol of sexual prowess, she has diminutive chicken tail-feathers atop an ample booty.  Harriet is many things, but majestic is not one of them.

As Harriet's broodiness enters its second week, Robb and I are starting to consider buying some fertilized eggs or baby chicks to slip into her nest.  We really don't need any more animals, but the lure of baby chicks is pretty tempting.

Hopefully, Harriet will come to her senses before Robb and I take leave of ours.


For a glimpse into other gardens around the blogging world, visit the weekly round-up at Daphne's place.

jess said…
We had two hens go broody this spring (multiple times). They were both so determined (and like you all, I tend to let animals be animals -- both hens would leave the nesting box for food/water/bath, so I figured they were healthy enough). Eventually we let one set on fertile eggs (none hatched) and the other we popped day-old chicks under her at night (they're 14+ weeks old now and both hens took care of them). One hen has gone broody off and on since, but at this point both girls are laying again.

Is Harriet taking over the favorite nesting box? I know that can throw off the other girls. My hens don't seem to be too picky about nesting boxes (we have 6 for 5 laying hens -- when our 4 pullets start laying I wonder if we'll have problems), so when Dottie took over the favorite nesting box with her broodiness, the other girls just went to another box to lay. I hear this is a little odd but our hens seem to adapt.

Good luck with whatever you decide. I have to say watching a hen brood chicks was awesome and amazing. And when our girl was setting on eggs, she would cluck at the eggs in the same voice she later used for the chicks. Chickens are amazing.
8:00 AM

Dave @ HappyAcres said…
I know less than nothing about raising chickens, but it is always interesting to read about them! I approach beekeeping like you do the chickens. I figure the bees know a lot more about what they are doing than I ever will.
1:43 PM

It probably helps that we're only keeping bees and hens for our own use, and not trying to make money off of the endeavor.
5:01 PM

zippiknits...sometimes said…
It is good that your hen is getting off the nest and eating and drinking, even though you had to do it for her- take her off the nest. When I was a kid, we had a little broody bantam hen one year, and she died on the nest because, well, life is sometimes brutal. I raised her babies by hand.
5:47 PM

Gryffinitter said…
Except that instead of having a majestic turkey tail to display as a symbol of sexual prowess, she has diminutive chicken tail-feathers atop an ample booty. Harriet is many things, but majestic is not one of them.

I am trying to decide if I am Harriet, or Harriet is me, because the description is pretty accurate... ;-)
6:19 AM