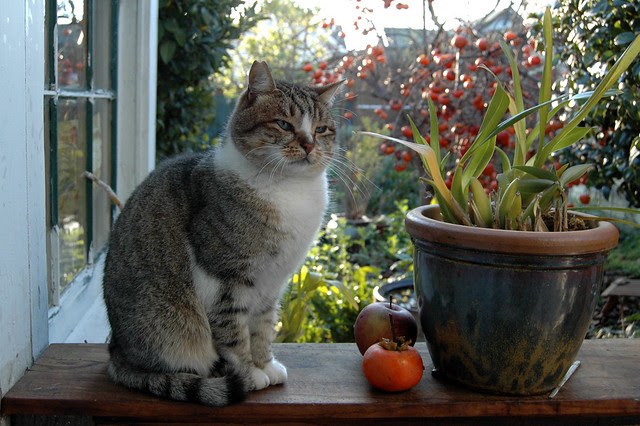 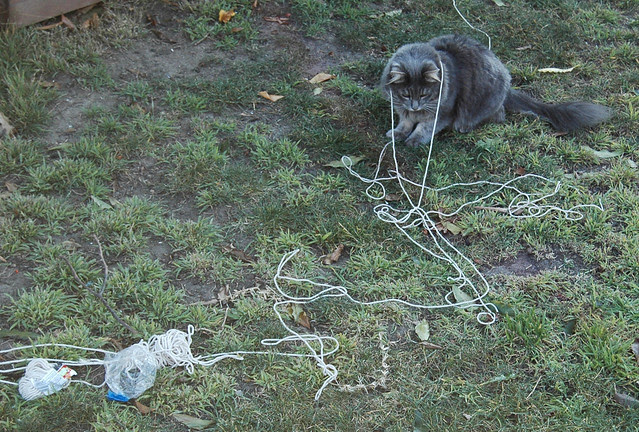 "The War on String will be fought on all fronts."

"The Brigade will advance."

Perhaps the historical Lord Cardigan never said that first part, and maybe our back garden isn't exactly like the Valley of Death, but we are nothing if not silly and literary around here.

Our two feral cats Sleeves and Cardigan, while originally named for their markings, eventually ended up being referred to as two of the pivotal figures in the battle memorialized in the famous poem, The Charge of the Light Brigade.

And no. I don't know anything definitive about the connection between Cardigan, Raglan and the names of sweaters. Knitting lore is notorious for being more romantic than historical. Lord Raglan lost an arm in the Crimean war, and apparently his tailors created clothes that were cut for easy dressing. Lord Cardigan was said to have been more interested in the sartorial trappings of military life than with competent fighting. You can draw your own conclusions about how the eponymous sweaters were named.
cats delightful demented history knitting

Stefaneener said…
Then Taz is completely willing to be a foot soldier, although she has a definite fondness for high-end yarn. Sigh.
9:47 AM

Anonymous said…
Beautiful photographs, worthy of being in a cat book, especially the first one!
3:08 PM