Don We Now Our Gay Apparel 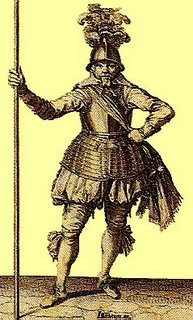 During our Home Evaluation Visit on Thursday, the therapists said that Robb was only the second patient they had ever seen who managed to get the brace on by themselves. Most patients need a nurse's help to get in and out of this brace. Putting this into perspective, the therapist who said this has been working with spinal cases at CPMC for ten years.

That Robb! He's a problem-solver!

A few things that I may not have mentioned.....

In no particular order.....

Robb is only allowed to sit up in the brace for half an hour at a time. If he sits up longer than that, he starts to have a lot of strain on his lower back. The therapists keep telling us that the human body is not designed for sitting. So, for example, if we take a car ride that lasts longer than half an hour, we have to pull over and let Robb get out of the car and stretch.

Robb may be able to stop wearing his fuzzy boots. Earlier in the blog, I mis-spoke and said that the boots were for walking, as well as keeping is muscles from getting into bad habits when he sleeps. Robb actually uses "air casts" when he walks. The boots are just for sleeping, and it seems he may be able to do without them soon. This is probably a good thing. As you may imagine, wearing boots in bed tears up the sheets. Since we're going to have to buy a larger sized bed, we'll be buying all new linens, and I would prefer it if Robb's boots don't wreck something we've just bought. (Misplaced priorities, I know.... I only am allowing myself to mention this because he will probably not be wearing the boots much longer.)

We have been approved to work with an orgainzation called Rehab Without Walls, once Robb comes home. They make "community re-integration" a huge part of their mission. So, therapy is all about learning how to re-enter our regular life, as much as possible. These therapists come to our home, so that we don't have to travel right now.

As some point, when Robb is even better, he will start outpatient therapy, where he goes in to a therapy facility for ongoing sessions. The theraists will fine-tune his physical skills, to really get his walking, et cetera on track.

Although I keep writing about Robb walking, climbing stairs, and whatnot, these activities happen in small (and exhausting) sessions. Getting up, having breakfast and taking a shower is sometimes so tiring that it is followed by a nap. We're taking very small "bites" out of life, and not getting greedy for more, right now.
orthotics retrospective