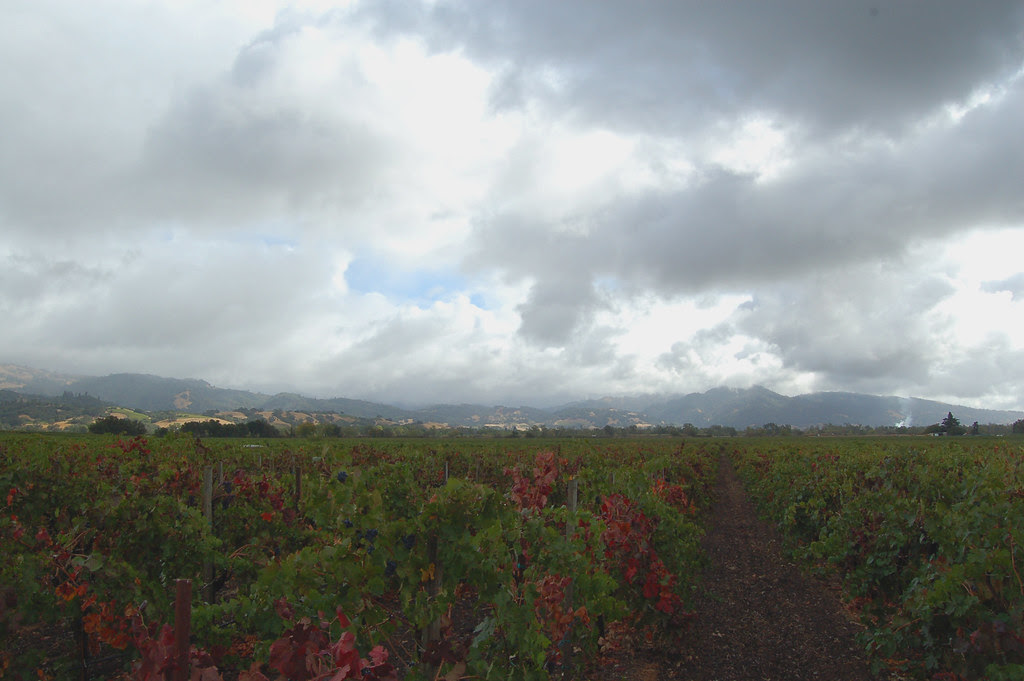 Well, we've completed another Revolution and all-in-all it was a whole lot easier than we remembered or imagined.

One of the challenges we were girding ourselves for was the rain. For anyone unfamiliar with our climate here in Northern California it might seem odd but it has not rained here since May or June. For the rains to return, it signals a sudden, dramatic change of seasons and one which takes most people by surprise. 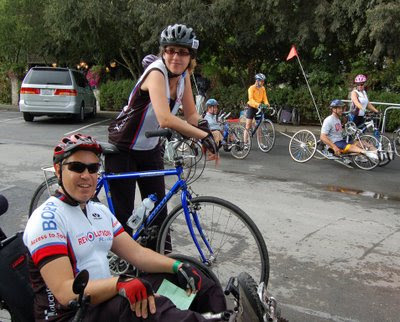 We felt awfully proud of ourselves, therefore, that we came prepared. We looked at the forecast, assembled some frightfully expensive foul-weather gear, and found ourselves sitting at the starting line –– in glorious sunshine. No sooner did the ride begin though, but the skies opened up and dozens of riders scrambled to their cars to get all the waterproof gear they were sure they wouldn't need. As it turned out, we ended up donning and shedding our rain gear about four times over the course of the ride. 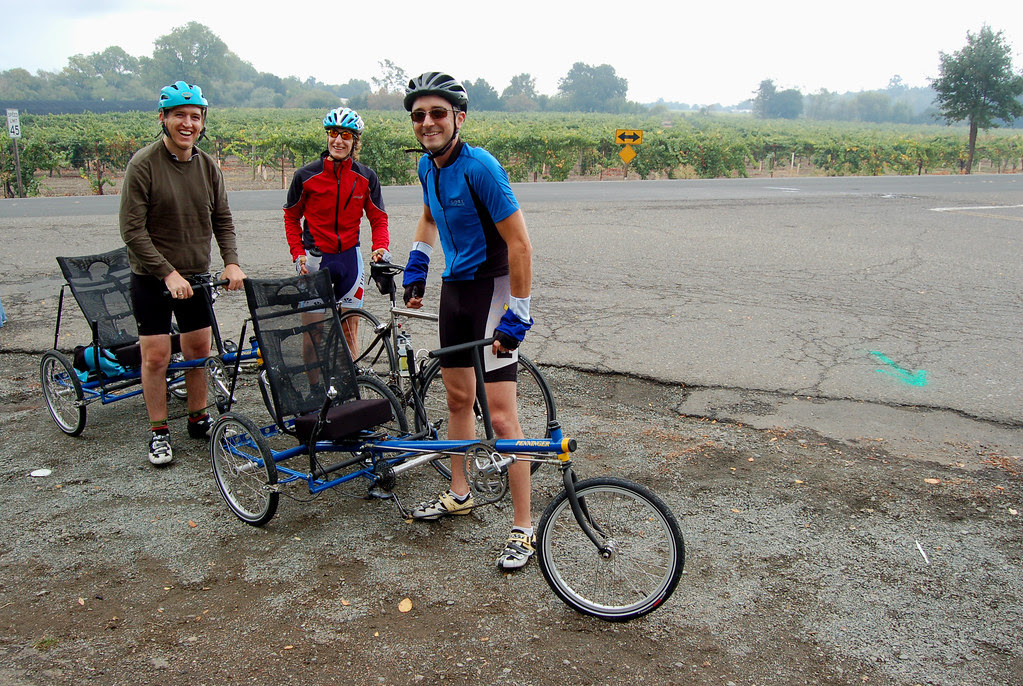 The only other big challenge that faced us (and it was a really big one) was the ride itself. The distance was not a huge factor for us –– we'd managed to ride 25 miles recently but not with HILLS.

Our memory of last year's ride was dominated by the difficulty of all the hills on this course. In my mind there were more ups than downs and there was one especially wicked "up." This was the one which, last year, had Lisa walking and pushing her bike as I cranked along in my lowest gear at about one mile an hour. 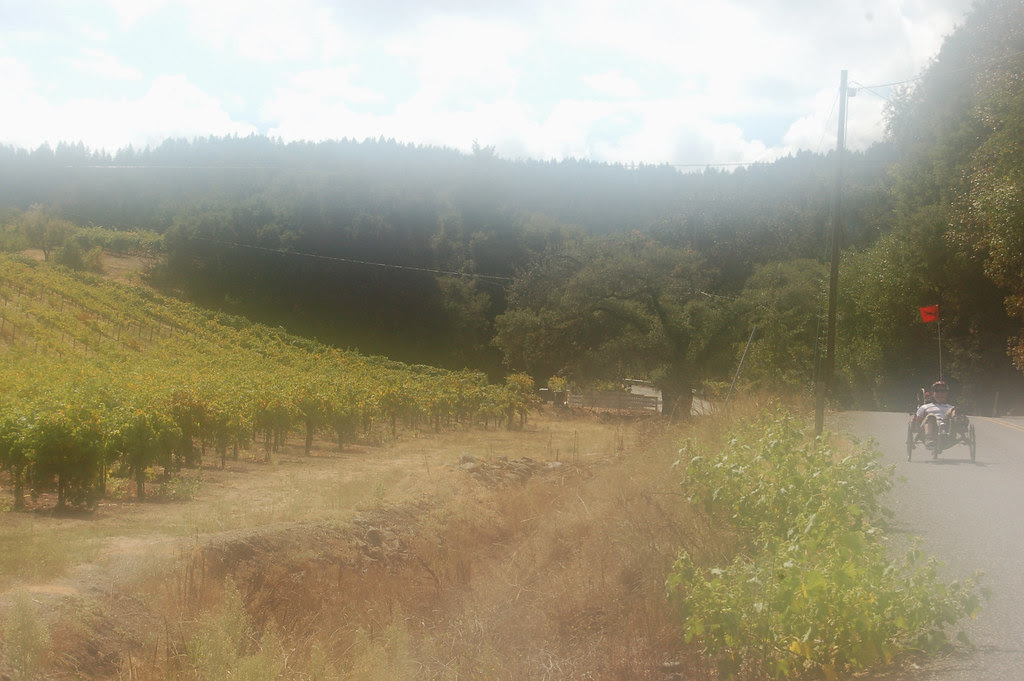 This year, we kept waiting for that hill. It was always in the back of our minds. And then, we reached it. I was pedaling along at an OK pace and Lisa pulled ahead, unable to balance at the low speeds I drop down to on hills.

Lisa must have thought the worst was yet to come because the instant she spotted a landmark which told her the hill was now behind us, she just busted out laughing. It was so much easier than we had made it out to be. 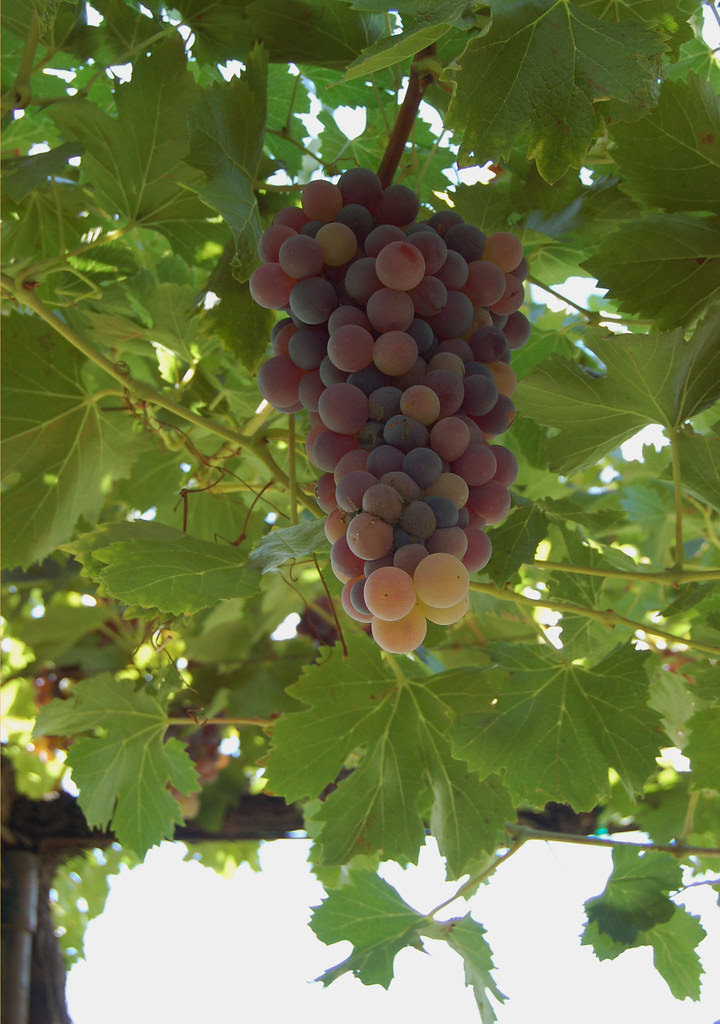 Our memory of the last three or four miles of this ride being a grueling chore was completely blown away and as we rode down the lane to the finish line we wondered if we should add a few more miles for a real sense of accomplishment. 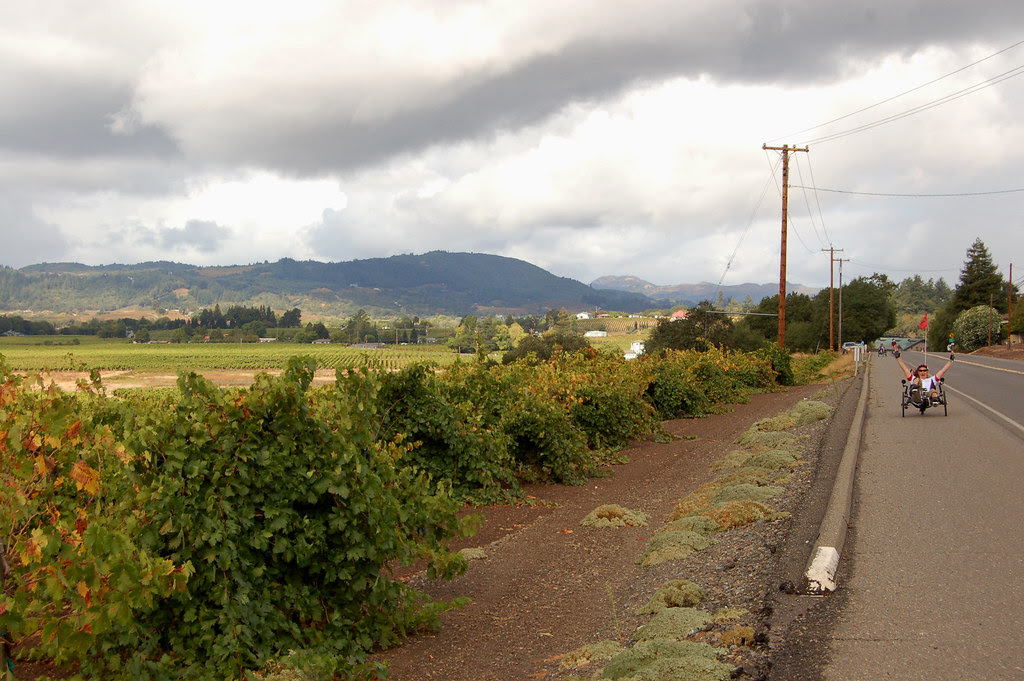 Next time: The champagne flows, a venomous snake is discovered and Robb's trike is hijacked for a teenage joyride. Really.
bike saying Thank You by giving back Trike

Marissa Dupont said…
That's awesome that the hill wasn't as bad as you remembered! It must've been quite a relief! :) Can't wait to hear about the joyride! :D
6:46 AM

Kim said…
well done, guys! did the slick roads bother you or was it a non-issue?
8:00 AM

Anonymous said…
Hm, I think I need to schedule another job out in your neck of the woods during next years bike-fest, it looks wet and fun!

If only you had lots of tarantulas chasing you for the length of the trip, it would be complete!

. . . Lisa and Robb . . . said…
The slick roads made us ride more carefully. I think only one rider fell, but he did get pretty bad road rash.

The rain meant that there were fewer wine tourists out driving, which was good. Fewer other cyclists, too, but there were still plenty.

Some jackass threw things out of his car at riders. Our friend Susan was hit by something, as was another rider, who was actually cut by the bottle thrown. Can you imagine?
7:24 AM

Syndee said…
There are some sick folks out there! Just remember--Karma :)
4:23 PM

Troop 2440 said…
Congratulations on the ride! It's nice that it was easier than last year. I can't imagine people throwing things at the riders. Hopefully their dogma will get run over by their karma...
4:11 PM