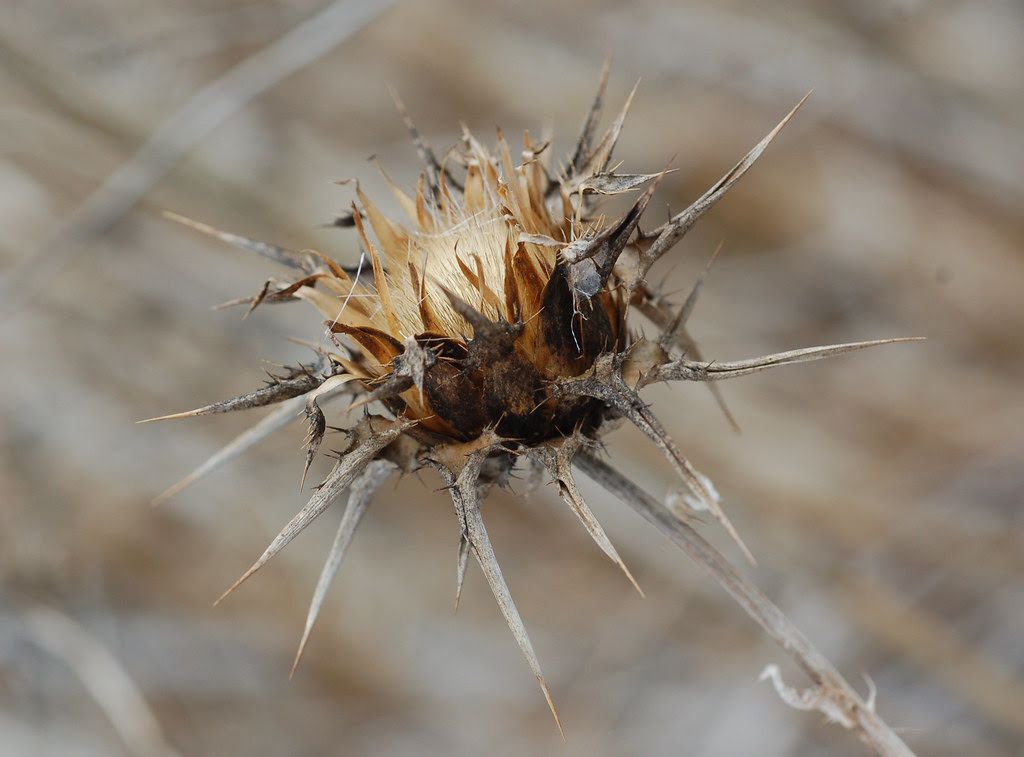 This weekend is my last weekend in a while that I won't have work obligations, so Robb and I took the opportunity to get out of town. (I've been really hoping to go see my dad in France, but there's some kind of stupid hold-up with my passport renewal. I let it expire sometime after Robb's accident.) 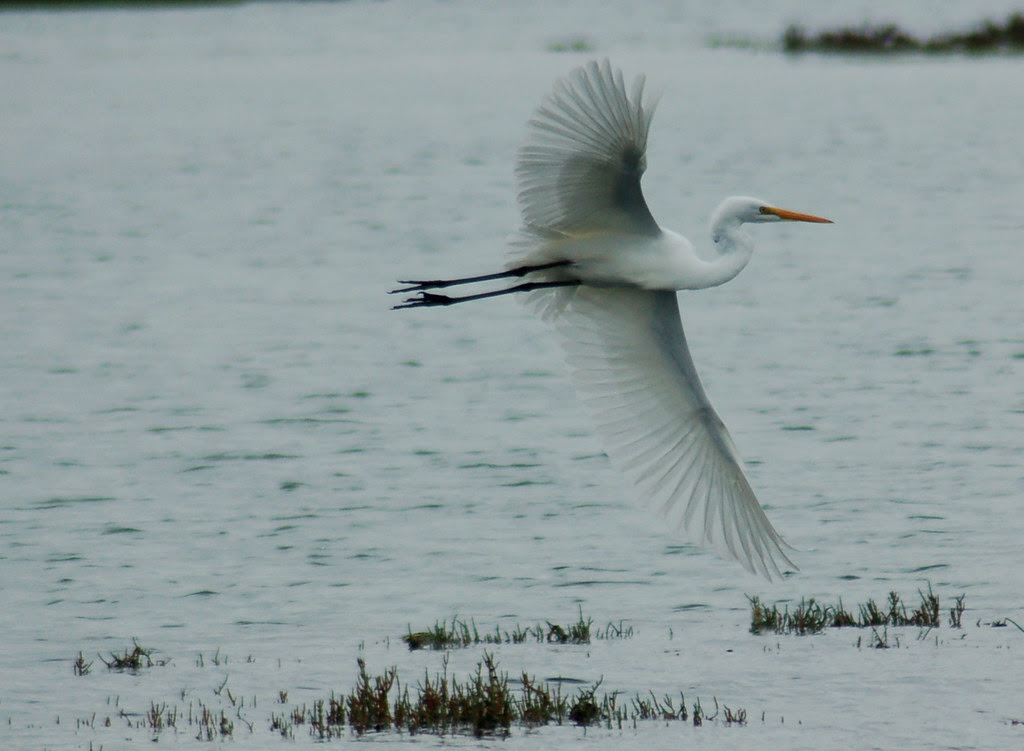 We are in Monterey, California enjoying the nature. Yesterday, we went to Elkhorn Slough, which is a large tidal estuary that has been set aside as a preserve. (Slough is pronounced "slew" in case y'all were wondering. A slough is a kind of marsh or bayou.)

Elkhorn Slough's website says that it doesn't allow bikes, so Robb and I ended up walking. Very, very slowly. Walking remains quite difficult for Robb, and we rarely do much of it. So yesterday's hike was a major accomplishment. It was a chilly overcast day, with moody blue light. The migratory birds for which Elkhorn Slough is so famous had not arrived yet, but there was still lots to see. 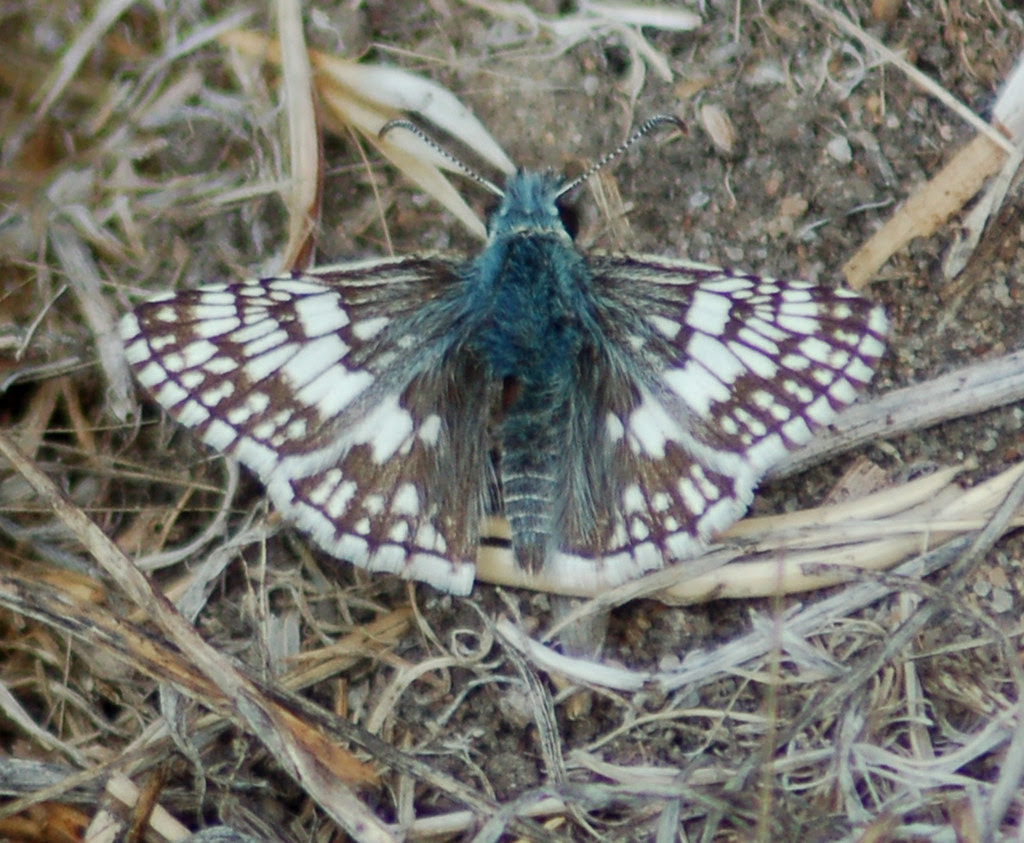 A Common Checkered Skipper butterfly. This butterfly is about the size of a nickel, and maybe not quite as blue as this photo would suggest.

I honestly don't know how people photograph butterflies in a serious way. My bird-scaring-off-skills are rivaled only by my skills in butterfly-terrorizing. 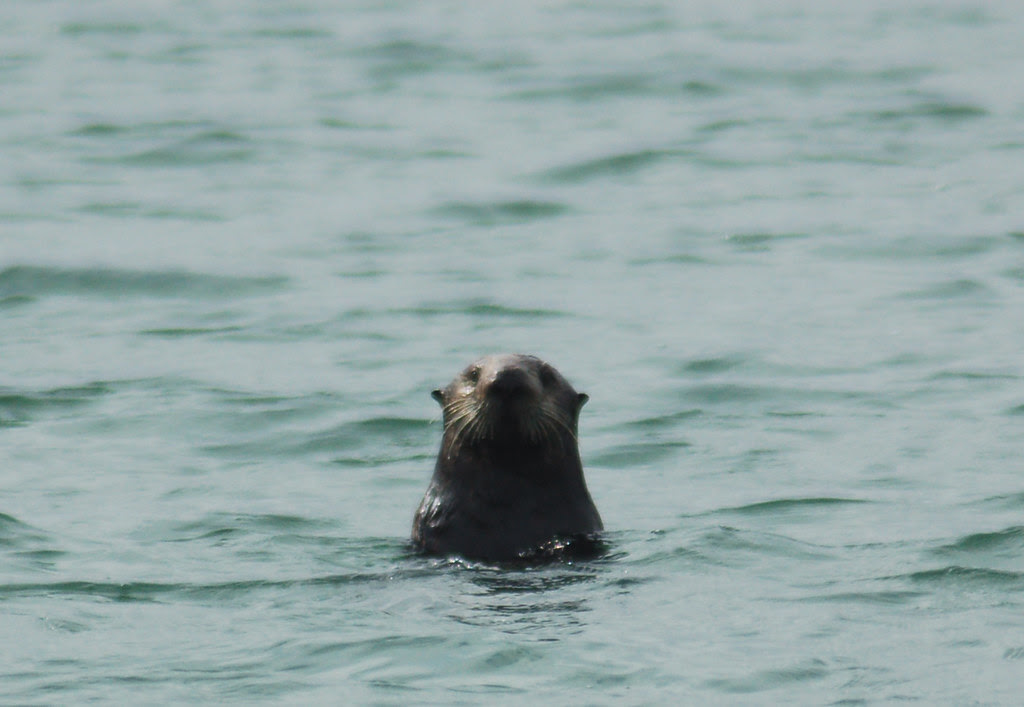 Every visitor to Monterey hopes to see a Sea Otter. And we were treated to an extended gawk at this fine fellow. He was feasting on crabs and we could hear him "crawnch crawnch crawnching" his meal.

Yesterday was a perfect example of how Robb and I try to adapt our changed situation to our interests. Despite our limitations, we just keep going. I doubt that most people on the trail would ever think, "That paralyzed man is out hiking. How brave he must be." If people notice us at all, they probably think, "If those two think that by moving so slowly they aren't going to scare off all the birds, they are sorely mistaken."
birds nature recreation travel walking

Anonymous said…
nice weekend enjoying nature. Sadly, yes, summer is over. We turned the heat on today for the first time. Also frost and leaves are in full color and dropping. love to you both
Sheila
9:49 AM

Gina said…
It was one of my last free weekends for a while as well, so we trekked out through the beautiful fall foliage to a farm to pick pumpkins and buy apples and watch the long shadows on the fields. No sea otters here - though we did see a mouse crunchcrunchcrunching in the corn. I thought of our Boordy vineyard trip together - love and miss you guys! xo
2:48 PM

Anonymous said…
Got down to the high 20's here last night. That is indeed an oxymoron, since there is nothing "warm" about being in the 20's. At least it is 40 degrees higher than the coldest days we had in Michigan.

Glad you guys got out for a bit. Hope you do get to go to France to see everyone. Will it just be you, or the both of you? I Imagine an overseas flight for Robb would be a bit of a trial, physically. The last time my sister went to Europe a few years ago, people stopped spitting on her when she wore her "elect John Kerry pin". Anti-americanism is still very high over there. Wear your new hats!

I voted by absentee ballot today, since I will be in Wyoming during election day. Gary has been called up to be a volunteer. Pretty good for a Brit, eh?

Got a lot of rotten tomatoes in the garden here. Want some? I'm sure there is some exotic organic receipe in your neck of the woods for rotten 'maters!

Anonymous said…
Elkhorn Slough is one of my favorite places -- birds or no birds. Glad you and Robb were able to enjoy it. I am terrible at photographing butterflies too -- I just don't get it. :)
7:08 PM