Showing posts from January, 2012
Show all

... It has been six years since we had reason to start this blog. This, certainly, is not a day we "celebrate." While we both live with out outcome of this particular day, neither of us dwell on it. In fact, I actually forgot that today was the anniversary of Robb's accident. What I will never forget is how amazing Robb is, and how really fortunate we both are. Thank you, blog friends, for all of your kindness over the past six years.
4 comments
Read more

I could a tale unfold... 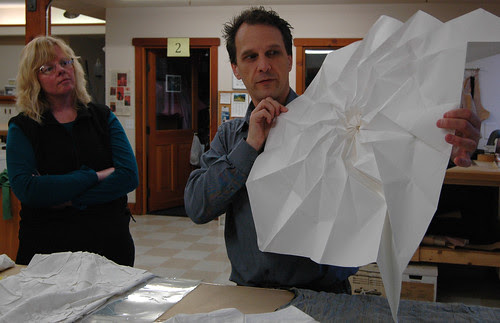 ... On Friday I had the great fortune to participate in a workshop with artist Chris Palmer . If you've ever seen the origami documentary Between the Folds (and you really should), he's the one who makes the incredible rotating "flower tower" and who has the wild squirrel wandering into his Chicago apartment. A terrible photo, Anya's head is about to explode with joy. Chris makes mind-bending works of art, at the dazzling intersection of origami and fabric pleating. The workshop was hosted by the costume shop of the Berkeley Repertory Theatre. The costumiers, props artisans and my little team of scenic artists attended, and I think everyone who participated felt they had stuck their finger directly into high-voltage creativity. It was hot stuff, let me tell you! A roomful of artists says "whoa..." in unison. Shadowfolds Chris spoke of his influences, which include classical Islamic tile . In his works, he establishes a structured
7 comments
Read more

January 20, 2012
... Flower Tower Origami Fold from Yulia Pinkusevich on Vimeo . Flower Tower 8-Fold (Uncut Silk Square) from Chris K. Palmer on Vimeo . Today I had the great pleasure of participating in a workshop with Chris Palmer , the artist featured in these videos. He brought along some of his famous flower towers, and let us play with them. My intern Anya teased me mercilessly because I simply could not stop announcing "THIS IS SO COOL" as we were working on our projects. But really. THIS. WAS. SO. COOL. I'm a bit too tired to slog through all of the photos I took today, so you'll have to enjoy these videos, and just look forward to seeing what we worked on.
6 comments
Read more

... Play this video, all the way through. It's quite amazing what the artist, Riusuke Fukahori, is doing to create the illusion of dimension. It's almost like he's a three-dimensional printer. And honestly, I can't see how he's managing the edges of his paintings. For the record, he's not the first person to paint with a broom. (A mop holds more paint.)
7 comments
Read more 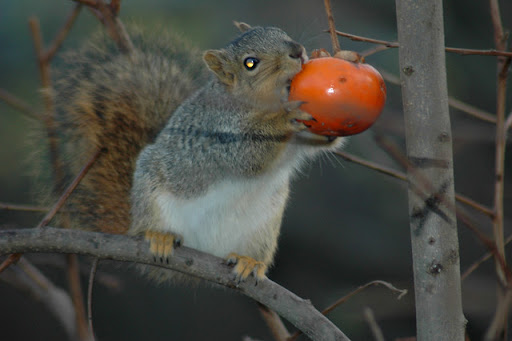 ... I know this is a lousy photograph, but I don't care. It makes me laugh, and sometimes laughter trumps everything else.
10 comments
Read more

January 05, 2012
Suddenly, we are all over the news. Well ... our bees are anyway. The San Francisco State entomology study we participated in has been published and, since it was based in San Francisco, it made the local news. Since it was another chance to talk about the importance of honeybees and provide tantalizing clues to the mystery of Colony Collapse Disorder, it made the regional and green press. The story also gave everybody the opportunity to talk about creatures being turned into zombies, so, naturally, it's gone global. Yes, Folks: we have brain-dead zombies roaming around our backyard. But only a few. And much fewer than last summer. The study itself showed that a particular, very small fly which was known to parasitize bumble bees also infects and kills honey bees. It also showed that infected bees will leave the hive at night (something healthy bees would almost never do) and eventually die outside the hive. Somehow the parasite causes the bee to alter its normal behavio
2 comments
Read more 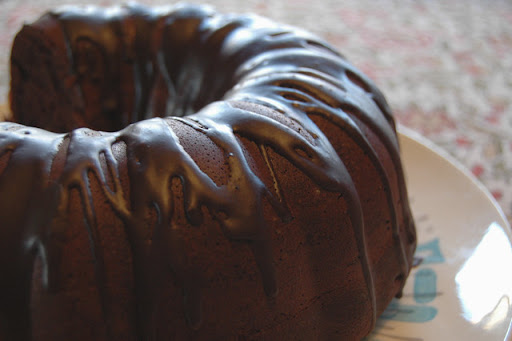 ... Unlike many folks, Robb and I made no plans for New Year's Eve. Large crowded spaces just aren't good for him, and neither is staying up late. We had a lovely night at home. Robb cooked a delicious dinner, and then we both baked this incredible sourdough bittersweet chocolate cake . Clare over at Curbstone Valley Farm mentioned that she had been experimenting with this recipe, and her online friends sat drooling until she posted instructions. Back before Xmas, I was given some 80-year-old sourdough starter. Amazing stuff, that. To think that families have been continuously cooking with this living bacterial culture is kind of thrilling, if you're a big old dork like me. Robb has been making beautiful breads and pancakes with this stuff. All these things are delightful uses for sourdough. But cake? Sourdough cake? Pure genius! Today, after we got home from our Chicken Tourism, I decided to make a batch of persimmon-ginger preserves . Our persimmons ar
13 comments
Read more 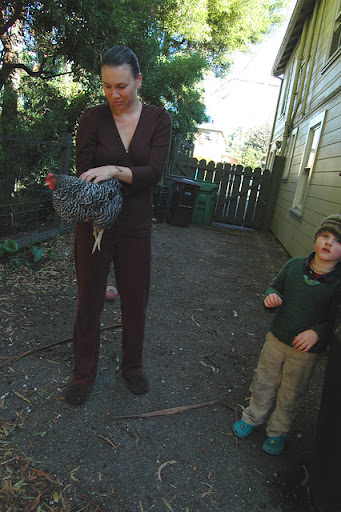 ... I'm not a particularly superstitious person, but I do (kind of) believe that what one does on New Year's Day sets the tone for the rest of the year. Today, we met some new neighbors (thanks to an online introduction by way of our neighborhood discussion group), and went to visit their chickens. Paul and Jamie (and their delightful children) keep seven hens in their back yard in East Oakland. We've been trying to look at as many henhouses as we possibly can. We also want to ask chicken-keepers what they think they got right, and what they wish they had done differently. Robb's pretty certain of his design, but it helps to see coops in action. Paul and Jamie are doing the "deep litter" method, and their hens were very clean. Robb and I had participated in chicken coop tours, but we figured that everyone tidied up like crazy for those events. It was good to see a normal set-up. It's also nice to cuddle chickens. This is the super-relaxed
6 comments
Read more
More posts