It rained, we rode, we conquered. 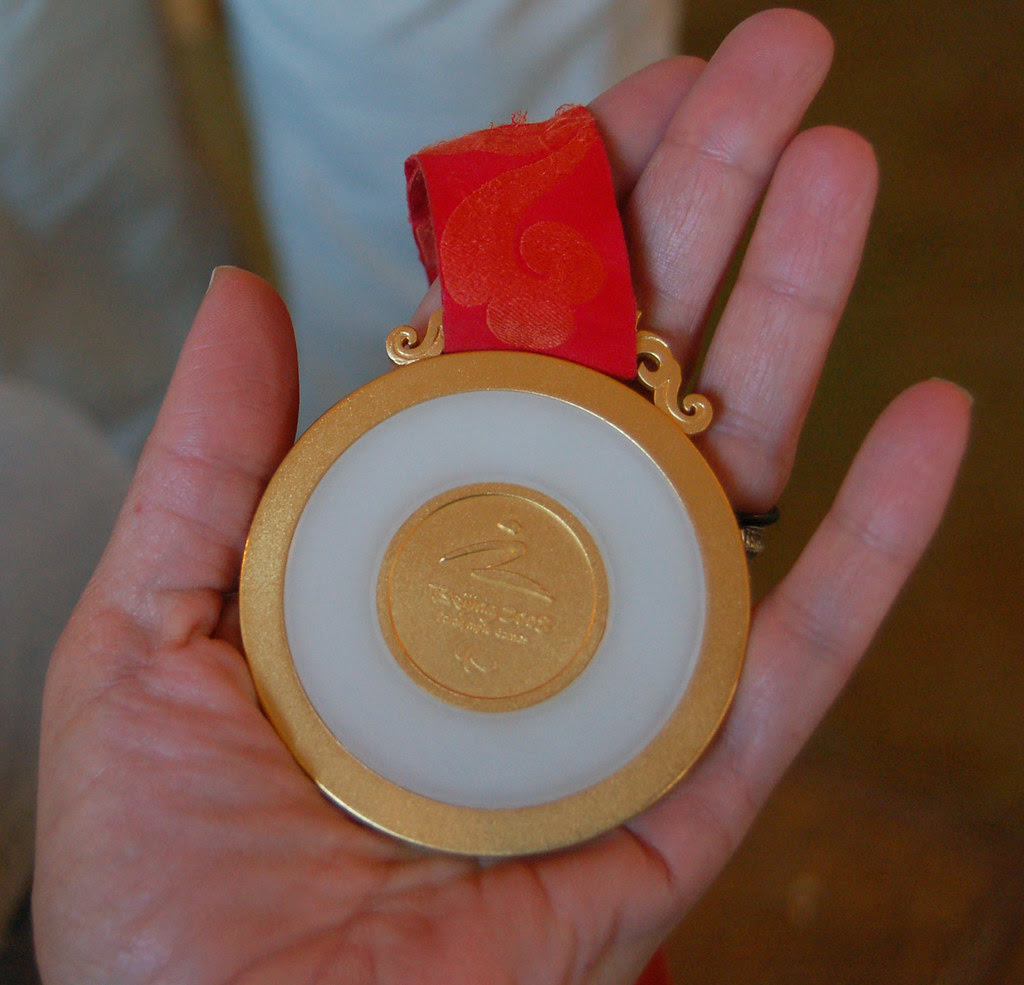 We are exhausted from the day, and there's still an after-party to attend.

So I'll share this one thing with y'all. One of the many speakers at the event to day was two time paralympic medalist, Jessie Lorenz. She's been blind since she was a child, but that never stopped her from doing what she wanted to. She spoke about racing around with all the other kids when she was little. And she told a wry story about getting her first two-wheel bike, and riding all over her neighborhood. Blind. She did this until the garbage man saw her and dragged her home to her mother, to whom he delivered a stern lecture about keeping a tighter leash on her daughter. Jessie says she remembers exactly what her mother said in response: "What do you want me to do with her? Tie her to a chair next to the radio?"

Yeah, there's no stopping people when they want to do something.

Today, Jessie rode a tandem bike for over fifty miles.

And she -- thrillingly -- shared her new gold medal with everyone.

What a champion! (She's third from the left.)
saying Thank You by giving back

Anonymous said…
love the story, thanks for passing it on to us.
Sheila
3:45 AM

Anonymous said…
Woo, hoo to you guys! Great story and I'm glad you conquered!
The Wandering B's
4:09 AM

Syndee said…
Congrats! I'm glad everyone arrived safe and sound at the finish line--no out of control hydroplaning vehicles!
5:55 AM